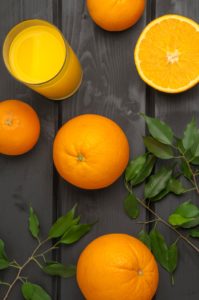 When you’re telling a story or trying to understand what happened, don’t be a water strider.

Also known as water bugs, water skeeters, water skippers, and pond skaters, these long-limbed bugs are known for their ability to run on top of the surface of a pond or lake. Yes, they run on water. And I don’t mean that they are fueled by water.

While being able to run on water may be a type of superpower, there’s a distinct downside. These bugs don’t linger long looking into what goes on below the surface.

I am reminded of these bugs, because in the past few weeks, I’ve had to edit blog posts written by people who seemed to be racing through their topic. They stayed on the surface. In terms of their writing process, it seems they did not dig deep to get details that could help make the topic come alive for readers. I ended up pressing them with more questions.

I think this next example might help you understand the difference between skating on the surface and digging deeper into a story.

This juicy revelation occurred during one moment in Michael Cohen’s congressional testimony last month before the House Oversight and Reform Committee. Rep. Jackie Speier (D-Calif) was asking him about the work he did for President Trump. But she was not satisfied with his first answer. So she dug in deeper for specifics.

“How many times did Mr. Trump ask you to threaten an individual or entity on his behalf?” asked Rep. Speier.

“Quite a few times,” Cohen said.

“Probably. . . over the, over the 10 years,” said Cohen.  “And when you say threaten, I’m talking about with litigation or an argument with a nasty reporter that is writing an article.”

Here’s how a water strider would write about this: The president’s fixer, Michael Cohen, said he threatened people quite a few times. But “quite a few” times doesn’t really convey the high volume involved.

Do you see how significant 500 times over 10 years is? That is a lot of intimidation over the years. And do you see how the story feels palpably different when you’ve got such a telling detail?

If you are writing a story about something and perhaps interviewing someone to get the story, don’t be complacent. Don’t settle for their first answers, if they’re vague.

Because vague descriptions don’t help bring a story to life. Details do.