A Rant About Passivism 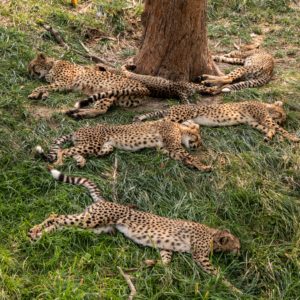 As William Strunk Jr. and E.B. White note in their book, The Elements of Style, the active voice is “more direct and vigorous” than the passive. “Use the active voice,” they command.

They do not say, “The active voice should be used by you.” Do you hear how weak that sounds when you don’t know who is supposed to do something until the end?

It also takes twice as many words (eight vs. four) to make the point.

The quicker, more direct, and lively sounding active construction puts the doer in the subject: I read the book. And it will keep your readers awake.

Sometimes a passive construction obscures the doer entirely. “Mistakes were made,” said President Reagan, opaquely acknowledging that his administration had sold arms to Iran and shipped the proceeds to Contras in Nicaragua.

This all may seem rather simplistic.

But you would be surprised by how many workplaces seem to look the other way when people commit “passivisms” by writing passively. I’ve seen many international organizations and nonprofits that default to writing that buries the doers after the verb or doesn’t even name them.

This approach becomes problematic when they make recommendations. Yes, they want to change the world. But they often fail to say who should take action. Just saying partnerships should be formed or decisions made or actions should be taken without naming who should do the work is a sure way to slow your progress. If no one gets named, the actions won’t land on anyone’s to do list.

A new form of passivism seems to be proliferating these days. Here’s a spoken example:

When asked what he thought of a 70 percent tax on the rich, billionaire Michael Dell said he was “not supportive of that.” Why didn’t he just say, “I don’t support that?” It would have sounded less mushy and more emphatic.

From another New York Times article: If your neighbor’s hygiene creates a fire hazard or causes foul odors, leaks or vermin infestations, she may be in violation of her lease and could potentially face eviction. Sometimes of-isms sound like legalese. A little stilted.

Like small print. The article could have just said that the neighbor may be violating her lease.