On the Power to Confuse 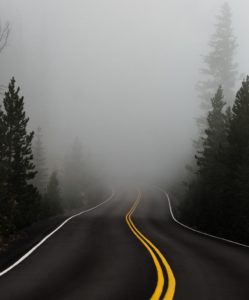 This isn’t about politics. We get enough of that as it is these days.

But I would argue that we don’t get enough about how to make a point clearly.

Here’s an example of something that confused and bamboozled me recently. It comes from a now famous letter Attorney General William Barr wrote to key members of Congress about his take on the Mueller report:

“In making this determination, we noted that the Special Counsel recognized that ‘the evidence does not establish that the President was involved in an underlying crime related to Russian election interference,’ and that, while not determinative, the absence of such evidence bears upon the President’s intent with respect to obstruction.”

If you found yourself immediately trying to read the sentence a second time, because the first read was not helpful, join the crowd.

You are not alone.

And it’s not your fault this is hard to understand.

I realize that plucking this sentence out of context makes it less accessible.

But a few other factors also make this sentence a hard slog.

The sentence is 50 words long. While not all long sentences are as hard to make sense of, this one’s length makes it a bit of an endurance test.

Next, I noticed a lot of nots. Two nots in a sentence is plenty, especially if they don’t quite refer to the same thing. Cognitively, it can be a lot to take in.

What’s more, I got tripped up on the word, “determinative.” I’m hearing this word a lot these days. And I’m not happy about it.

It may be the case that people use this weasel word when they’re afraid to be direct or perhaps afraid to annoy someone. It seems like a non-committal word. It’s a word you can use if you want to dance around a point or hover above it in a holding pattern. But you don’t want to land on a point or go on the record and actually commit to saying something.

One might argue that the word, “determinative,” conveys nuance. According to Merriam-Webster, it means having the power or tendency to determine. Something that is determinative should be able to fix, settle, or define something.

Yet sometimes, something can be said so much more easily another way.

AG Barr could have used wording other than “while not determinative.” But he may not have wanted to sound like he was waffling with something like “while not conclusive, the lack of evidence suggests. . .”

A similar approach would work for “determinative.” When you feel called to use the word, opt for a more direct approach and simpler words. Yes, I challenge you to try to replace those 5-syllable words, when possible, with simpler ones.

And now I’ll break that rule.

The obfuscatory power of some wording (yes, the power to confuse) reminds me of how some obstructionist language can appear to be clear, direct wording. But its lack of detail may be part of a cover up. Here’s an example.

When Wall Street Journal reporter, John Carreyrou, was casting about for the topic of his next big investigative project, he remembered something he had read in Ken Auletta’s 2014 New Yorker article on Elizabeth Holmes and her attempt to change bloodtesting with her company, Theranos.

“What exactly happens in the machines is treated as a state secret, and Holmes’s description of the process was comically vague: ‘A chemistry is performed so that a chemical reaction occurs and generates a signal from the chemical interaction with the sample, which is translated into a result, which is then reviewed by certified laboratory personnel.’”

A chemistry is performed?

As I recently learned from the HBO documentary, “The Inventor,” and Carreyrou’s book, Bad Blood: Secrets and Lies in a Silicon Valley Start-Up, the technology the multibillion dollar biotech startup was selling didn’t actually work.

The lesson? Vague or unclear wording can make your readers wonder whether you’ve got something to hide. Is that the impression you want to project?

Do yourself and your readers a favor. Write what you can say with certainty in a clear and simple way. Whether it’s a report, web content, a blog, or social media content, your readers will thank you.